If you’re a cannabis connoisseur, there’s a good chance you’ve heard a lot about the various terpenes in different cannabis strains. Terpenes, which are natural compounds found in plants, give each strain its distinctive scent and taste. In recent years, we’ve learned that terpenes may explain why different strains are said to have other effects. Diving into the entourage effect often makes people become interested in caryophyllene because it’s one of the most common terpenes in cannabis. This makes it a great place to start your search for information about the different types of terpenes. 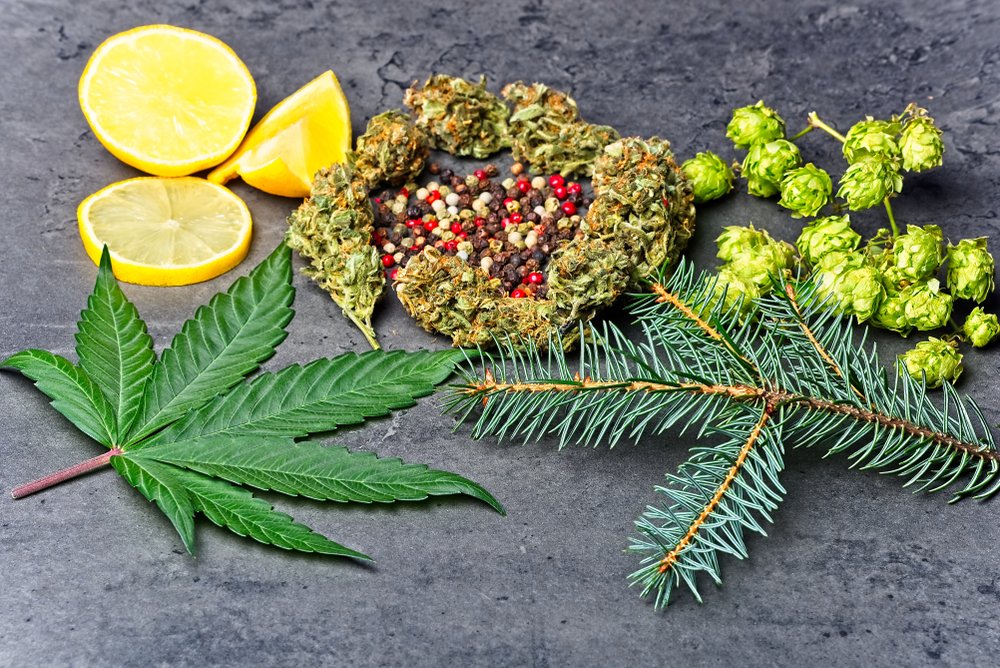 Terpenes produce aromas and flavors in plants, which makes them similar to essential oils in many ways. Then, it makes sense that caryophyllene is also found in other plant material like rosemary, cloves, hops, basil, cinnamon, and oregano. The woody spice may remind you of cloves or pepper.

If you’re searching our dispensary menu for the strain with the most caryophyllene (also referred to as beta-caryophyllene), keep an eye out for Bubba Kush or something similar. Don’t get disheartened if you don’t see that one, though– most cannabis strains contain at least some caryophyllene! According to research published by Leafly, this is actually the second most prevalent terpene in cannabis, right after myrcene.

Of course, some strains contain more caryophyllene than others. If you want more information about a specific strain’s terpene profile, just ask a budtender or research the strain online. The research about terpenes in cannabis is ongoing, so we’ll only get better at understanding the profiles of different strains as time goes on.

What Does Caryophyllene Do?

Since this is one of the most popular terpenes, there’s already some good research on it. This study, for example, found that beta-caryophyllene binds with the CB2 cannabinoid receptors in humans. This is especially relevant because other cannabinoids like CBD and THC bind to those same receptors.

If you don’t want to get too deep into the technical weeds, here are a few of the key takeaways about caryophyllene:

Where to Find Strains With Caryophyllene

If you’re looking for a strain with caryophyllene, you’re in luck! This is one of the most represented terpenes in cannabis, which means you can find it in a lot of the premium strains at Chronic Therapy. Whether you visit our location in Wheat Ridge or Cortez, you can count on finding carefully cultivated cannabis for which masterful growers made every effort to create and preserve excellent terpene profiles. Ask one of our budtenders to help you find a strain with lots of caryophyllene.

Our dispensaries are conveniently located in Wheat Ridge & Cortez in Colorado and we currently cultivate 40+ strains of expertly grown A+ marijuana.

LEARN MORE ABOUT US