Cannabis enthusiasts have become increasingly interested in learning about the different types of terpenes in cannabis. These natural compounds give strains their unique flavors and aromas, and they can even change the effects of cannabis. Most connoisseurs think about the entourage effect when searching for the best cannabis strains, making it essential to learn about terpenes. Since myrcene is one of the most prevalent terpenes in cannabis, this is certainly an important one to know about. 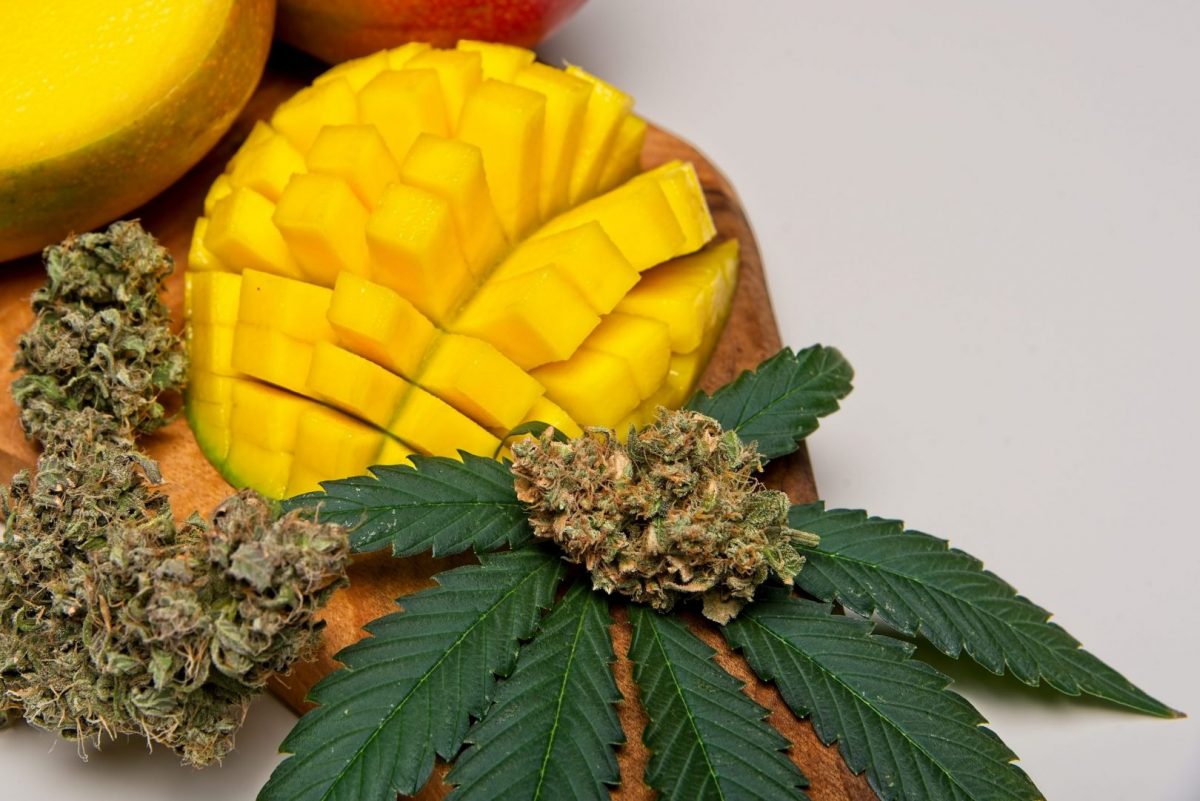 The easiest way to understand this terpene is to consider some of the other places it’s found. Beyond cannabis, myrcene is found in hops, lemongrass, mango, and thyme. It’s known for its peppery, spicy, almost perfume-like aroma. You might find significant Myrcene levels in a wide variety of different cannabis strains, including our Blue Dream. You probably won’t have to try very hard to find a strain that contains myrcene, though, because it may be the very most abundant terpene in cannabis.

Researchers published by Leafly have found that myrcene makes up over 20% of the terpene profile in modern strains, with caryophyllene being the second most popular terpene at about 14%. It’s worth mentioning that every strain does have a unique terpene profile, and future research may lead to new conclusions as we learn more about the nuances of terpenes. At any rate, it seems safe to say that myrcene is a good place to start your education about terpenes.

What Does Myrcene Do?

Researchers have published information showing myrcene to have sedative and analgesic effects. In other words, strains with large amounts of myrcene may be more likely to help people relax and relieve their pain. Germans have traditionally used myrcene-rich hops to prepare sleep aids, while myrcene-rich lemongrass tea is a traditional sedative and muscle relaxant in Mexico. Another study has explored the possibility that myrcene makes it easier for cannabinoids to cross the blood-brain barrier. If you want to get the most from your cannabinoids, it may be worth looking into some strains with exceptionally high myrcene levels.

Where to Find Strains With Myrcene

Here at Chronic Therapy, we pride ourselves on our massive selection of premium cannabis strains. At any given time, you’ll be able to find dozens of myrcene-rich strains on our dispensary menu. Ask a budtender for further guidance, or place an order online to find your favorite strain.

LEARN MORE ABOUT US